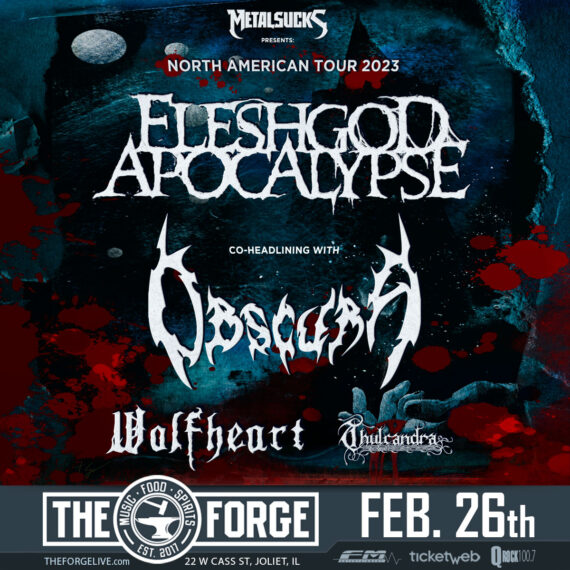 With a sound that doesn’t so much find the worlds of symphonic and brutal death metal merging as it does colliding, Italian band Fleshgod Apocalypse are one of those rare groups whose music is actually more intense and physical than their name. Over a clutch of consistent, ever more intricate and dissonant recordings, this Roman outfit has impacted the global metal scene profoundly with its sculpted compositions and unrelenting, noisy attack, heard first on 2009’s Oracles. Despite lineup changes, they only succeeded in becoming more ambitious, as evidenced by the concept offering Labyrinth in 2013, based around the mythological “Labyrinth of Knossos.”