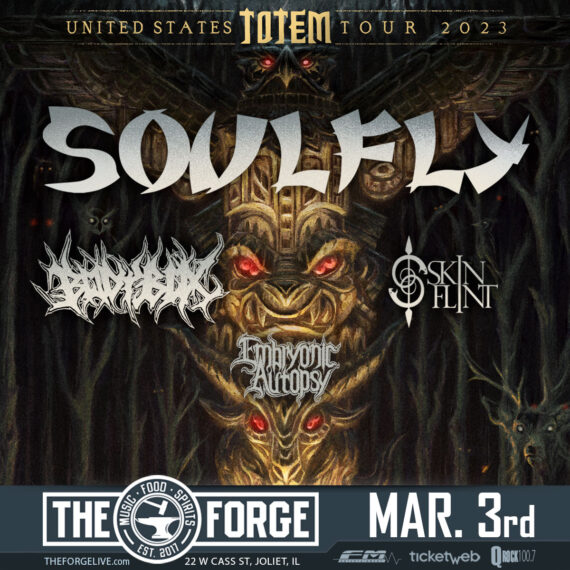 Max Cavalera has been delivering punishing, neck-snapping riffs since the 1980s, first as a founding member of influential Brazilian thrash legends Sepultura, and later as the ringleader for the more cerebral, yet similarly punitive Soulfly. Emerging in the late ’90s, Soulfly’s sonic attack is built on a foundation of multiple subgenres of metal and worldbeat, drawing heavily from groove, thrash, nu-metal, and Brazilian tribal music. The band’s eponymous 1998 debut was certified gold, and paved the way for efforts like Conquer (2008), Archangel (2015), Ritual (2018), and Totem (2022), all of which garnered both critical and commercial acclaim. Throughout the group’s two-decade run, there have been multiple personnel shifts, with Cavalera being the only constant member.