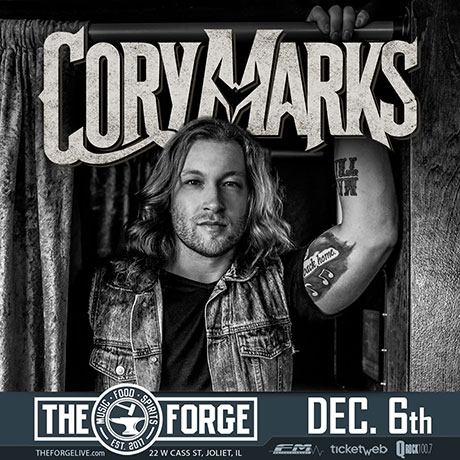 Walking the fine line between outlaw country and hard rock, Cory Marks is a burly modern Southern rocker for the 2020s. As steeped in active rock as backwoods country, Marks defined his aesthetic with the very name of his debut single “Outlaws & Outsiders,” a cut that also featured a crew of cameos that summarized his world view: It featured country vet Travis Tritt, Five Finger Death Punch singer Ivan Moodyand Mötley Crüe guitarist Mick Mars. Marks’ ease moving between metal and country distinguished his 2020 debut Who I Am and helped him bring in fans on both sides of the