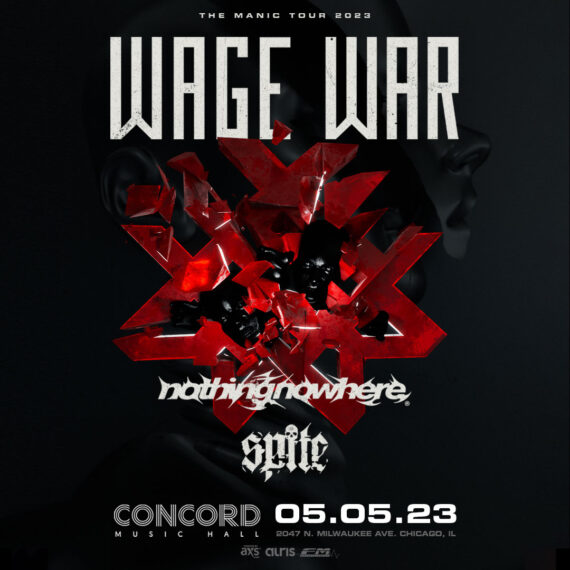 A dynamic and hard-hitting American metalcore crew, Wage War emerged in 2013 with a sound that blends the raw vitality of punk with the sleek power of melodic hardcore. They found mainstream success with their 2017 sophomore effort, Deadweight, and continued to push against the boundaries of modern hardcore with the releases of Pressure (2019) and Manic (2021).

Down in Ocala, Florida, two guitarists met in high school and the seeds of a band were sown. Those friends — Cody Quistadand Seth Blake — recruited singer Briton Bond, bassist Jordan Pierce, and drummer David Rau, forming the band Empires. In 2013, after a change in lineup (Chris Gaylord on bass and Stephen Kluesener on drums), Wage War were born. The melodic metalcore band combined a brutal punch with a positive message, signing with Fearless Records. They recorded their first album, Blueprints, which was released in late 2015. Co-produced by fellow Ocalan Jeremy McKinnon (A Day to Remember) and Andrew Wade (Neck Deep, A Ghost Inside), the LP was preceded by the ferocious singles “Alive” and “Twenty One.”

After touring in support of the album, the band returned to the studio to record a follow-up. In 2017, Wage War released the punishing “Witness,” the first single from their sophomore set, Deadweight, which arrived later that August. For their third full-length effort, the group enlisted producer Drew Fulk(Motionless in White, Lil Peep), and the resulting Pressure was issued in August 2019. Two years later, the band released the singles “High Horse” and “Circle the Drain” ahead of the arrival of album number six, Manic.